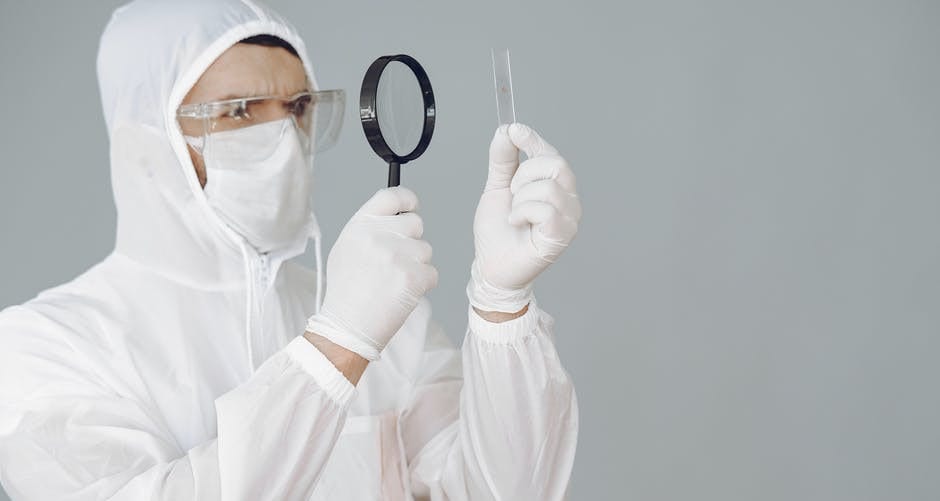 Are you looking for Law of Attraction proof that you can witness with your own eyes? I am going to show you some Law of Attraction exercises for strengthening your belief and your abilities, so you can use the law to get what you desire. The Law of Attraction is always working, only you may not know how to guide the energies in a beneficial direction.

Let’s take a look at some documented experiments that seem to prove the existence of the Law of Attraction.

Baader-Meinhof phenomenon – a.k.a The Frequency Illusion or the Selective Attention Bias

The Frequency Illusion happens to everyone at one time or another during a lifetime. It normally happens after we learn a 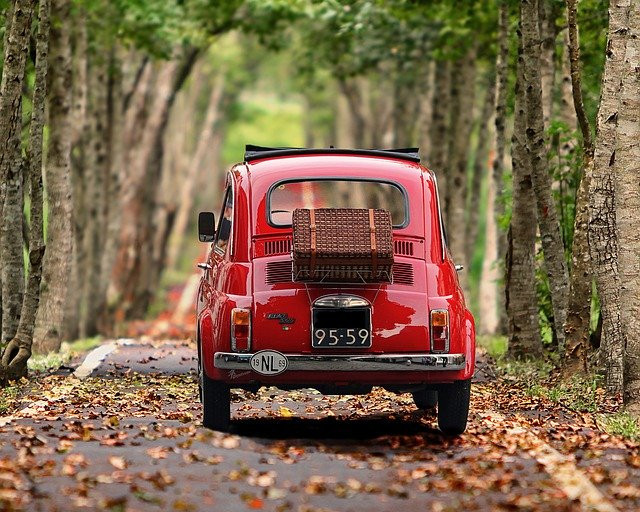 new word, think of a song, learn about a new subject, or even buy something new like a car.

It’s like that day you heard an old song that you had not heard in a long time. Then over the next few days you discover hearing the song more frequently.

Or maybe, you decided to buy a certain model and color of car because you haven’t seen one like that anywhere. Only to discover over the next few days that it seems suddenly many people are driving the same car as you?

Why Does It Happen?

It happens because you have focused your attention on the subject. When the brain takes in new information that is interesting to it, it searches through your immediate environment looking for more of the new thing or the thing you find interesting…like the old song you had not heard in forever.

The Summer Of ’93 Experiment

The summer of 1993 became the time for a social experiment in Washington D.C. Quantum Physicist, John Hagelin, lead a group of researchers to try to reduce the crime rate in the D.C. area. They were going to accomplish this goal by gathering in a large group to meditate about peace and love.

The experiment was ridiculed by the local police department and the chief of police would enter into the record that the only thing that would slow down crime would be 20 inches of snow. After all, Washington D.C. had the largest crime rate in the U.S. at the time and the crime rate increased every year.

A project review board of 27 leading scientists and leading citizens was comprised to monitor the research process.

They found during that time, crime was reduced by 23.3%. What many people thought would be a waste of time was actually beneficial. It happened because many people were focused on doing something for the better.

In 1981, Ellen Langer conducted an experiment on two groups of on men in their 70s. Both groups were taken by van to a monastery that was decorated to reflect the world in 1959. The place was decorated with magazines from 1959 and the tube type television only played shows from the time period and only showed news recent to the area in 1959.

The first group of men visited the monastery the first week of the experiment. They were asked to pretend like they were young men living back in 1959. The second group was present the second week and they were asked to stay in the present and talk about memories they had about the 1959 era.

Dr. Langer suspected that the aging process that was effecting these two groups of men was put into action based on each of their environments. She believes that our thoughts of getting old is a fixed idea that we develop when we are young. She had already proven that memory loss by elderly people could be reversed by giving the elderly more to remember. She found that the memory actually just got lazy without sufficient input during an experiment she did while attending Yale.

The results of the experiment even astonished the scientist performing it. Both groups of men had been given test before and after the experiment to test their cognitive and physical skills. Each of the groups showed improved strength and flexibility. Many physical things about each of the men changed, including their performance in intelligence test.

The one difference between the group that pretended to be younger and the ones that only remembered the times back in 1959, was that the first group seemed to have bodies that were actually younger. It truly appears that the aging process is not as fixed as we are taught.

What Do These Experiments Prove?

These experiments prove that when the mind focuses on one thought, belief, or idea, it becomes fixed on either of the three. The second experiment strengthens the idea that something can be changed with nothing but thought and very little action. Our conscious has a power that attracts and our collective conscious has the ability to make drastic change.

Just imagine if we all could focus our thoughts on healing the Earth instead of focusing on all the things that destroy it.

Mother Teresa once said, “I was once asked why I don’t participate in anti-war demonstrations. I said that I will never do

that, but as soon as you have a pro-peace rally, I’ll be there.” She was focused on Peace (the Good) instead of on War (Not So Good).

Imagine if we could just use the correct words when we decide to make a stand in the name of good. I can see everyone following the examples of Mother Teresa in the near future.

How Are These Experiments Useful To Me?

We can use the ideas of these experiments to conduct our own personal Law of Attraction experiments to prove the law works. I am going to give you two experiments you can use in your daily life to test the law for yourself. 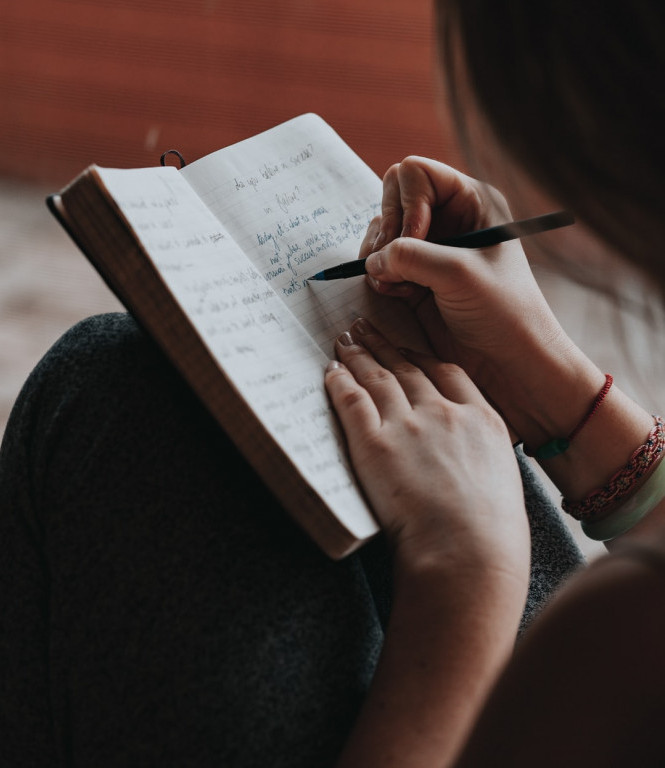 You will notice by the end of the month that you will find it easier to come up with things your are grateful for and that even some of the things you wanted to happen did happen.

I still do this process to this day because I find it so productive. Yes, I to repeat things that I am grateful for, but this is OK. You don’t stop being grateful just because you wrote it down.

This one takes a little bit of belief to make work, but the amount of belief needed is so minute I think anyone can accomplish it. What you need to do is to think of something you want to attract into your life. Start out with something simple, but you think very unlikely, like finding a red hair band or red feather. Maybe you want to attract a business idea or even a certain person back into your life?

Just think about it. Decided on a time limit, like you want to see it by the end of the week. Always give this experiment at least 48 hours to work. Write this intention in your notebook and date it. Then, just forget about it. Just place your order and wait for it to be delivered.

After you to this experiment a couple times with small items and ideas, then start trying it on larger things.

I use this experiment when I need to see someone, but don’t know how to find them. I normally run into them somewhere like the store or some random public place within a couple of weeks. I love being able to to that.

There is scientific proof that the principles behind the Law of Attraction can be found within research conducted by scientist from around the globe. The mind has the power to create and our collective minds have the ability to change. When we learn how to harness this information and direct it towards the good, then there is nothing good that cannot be had. We only need to focus our intention on it and expect it. 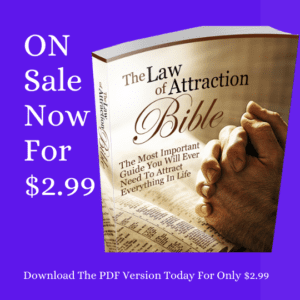 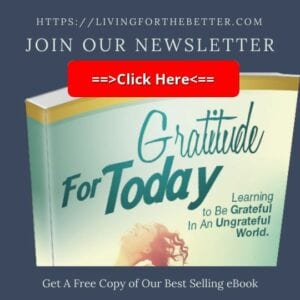 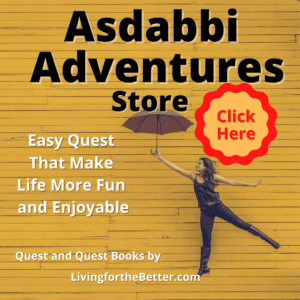